Some Hassles of International Cello Travel

Some Hassles of International Cello Travel

Curtis Institute cello student Zachary Mowitz tells the story of his recent travel to Europe, and the stress and aggravation caused by inconsistent cello policies between airlines, and untrained and uninformed airline personnel.

As a student cellist I’ve had several occasions to travel by plane with my cello, both domestically and internationally. This is the first journey where I’ve had any difficulty at all– every time I’ve traveled before, I’ve always been let on (I even traveled to Europe with Lufthansa a couple years ago, and they were one of the most helpful back then), with at most a look of incredulity at my bringing a big guitar on board.

In fact, everything looked all right, at first, for this flight. Lufthansa let me check in (at Philly for a flight to Valencia, Spain, with a layover in Frankfurt) without any real difficulty. It wasn’t until we reached our gate that the same woman who had checked us in met us to inform me that I could not be let on board because the cello ticket was not “associated”; correctly and consequently was not registered as having been paid for. After about two hours of calling everybody we could think of– all of which amounted to our travel agents saying the tickets were definitely paid for and booked correctly while the gate agent kept insisting it wasn’t associated correctly, without explaining what that meant– the gates were shut and our tour manager and I were left to find a new flight (the rest of our group continued without us).

We were lucky enough to find a flight through United just a couple hours later, with a connection in London through British Airways. Their employees were among the most helpful I’ve ever encountered. In London, however, the ticket again wasn’t showing up correctly, but after about 20 minutes, they fixed the booking and explained that every airline has a different policy for these things. We ended up arriving in Barcelona, driving down Spain’s stunning Mediterranean for four hours to arrive in Valencia about 23 hours after we first showed up at the Philly airport. When we flew out about a week later from Valencia to Berlin with Swiss Air, we ran into yet another issue, which was that my cello’s ticket was not showing up at all. The clerk said that it must have been cancelled because we didn’t get on our initial flight in the itinerary for the tour (although my personal ticket and the tour manager’s ticket were just fine). We rebooked all three tickets (mine, my cello, and the tour manager’s) and ran into the same problem, which they couldn’t explain, so we just proceeded to the gate hoping that there would be an extra seat and the flight attendants would be accommodating. Everything turned out fine and we learned during our layover in Zurich that the additional seat did not show up because Swiss Air’s policy was to book one ticket and then have an extra seat with no name. The clerk there knew this instantly, whereas nobody ever figured this out in Valencia.

What I took away from all this is that, as they said in London, it’s different for every airline– but not just every airline, every airport. The policy is there and seems pretty clear for every airline, but not all clerks at every airport are trained well enough to find it. Valencia is a relatively small airport, so they probably don’t run into as many cellists as Zurich or London. Philly is not small, but as one of the Lufthansa employees very earnestly told us as we were figuring out our new ticket with United, their airline has relatively few flights out of Philly and this likely contributed to the problem. 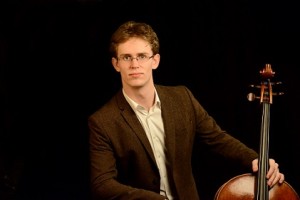 Born and raised in Princeton, NJ, Cellist Zachary Mowitz currently studies at the Curtis Institute with Carter Brey and Peter Wiley.  Previously he worked with Lynne Beiler, Efe Baltacigil, Dane Johansen and Priscilla Lee. Zachary has performed as a soloist with several orchestras in New Jersey and Pennsylvania and has attended summer programs at Kneisel Hall in Blue Hill and Taos School of Music, where he co-founded the St. Bernard Trio.  He served as Principal Cello of the Curtis Symphony Orchestra and was featured in Curtis on Tour in Spain and Germany during the Spring of 2016. Zachary plays on a cello generously loaned to him by the Carlsen Cello Foundation.

In addition to our regular contributors, CelloBello regularly features guest bloggers on the website; past guests have included Antonio Lysy, Inbal Segev, Colin Carr, and many more.

If you have a cello-related blog you would like to suggest for publication on CelloBello, please email jamie@cellobello.com.