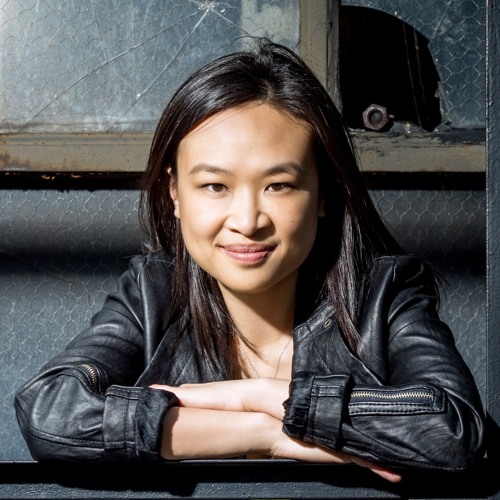 Tonia Ko’s creative evolution is largely guided by three conceptual pillars: texture, physical movement, and the relationship between melody and memory. These ideas permeate her recent works across a variety of media—from instrumental solos and large ensemble pieces, to paintings and sound installations. No matter how traditional or experimental the medium, Ko's work reveals a core that is at once whimsical, questioning, and lyrical. Recipient of a 2018 Guggenheim Fellowship, Ko’s music has been lauded by The New York Times for its “captivating” details and “vivid orchestral palette.” She has been commissioned by leading soloists and ensembles, and performed at venues such as Walt Disney Concert Hall, Carnegie Hall, Kennedy Center, and the Tanglewood Music Center, Aspen Music Festival, and the Santa Fe Chamber Music Festival. Internationally, her work has been featured at the Royaumont Académie Voix Nouvelles, Shanghai Conservatory New Music Week, Young Composers Meeting at Apeldoorn, and Thailand International Composition Festival, where she was awarded the 2014 Rapee Sagarik Prize. Ko has received grants and awards from the Harvard University's Fromm Music Foundation, Chamber Music America, the American Academy of Arts and Letters, Broadcast Music, Inc. (BMI) as well as residencies at the MacDowell Colony, Copland House, Kimmel Harding Nelson Center, and Djerassi Resident Artist Program. She served as the 2015-2017 Composer-in-Residence for Young Concert Artists. Ko was born in Hong Kong in 1988 and raised in Honolulu, Hawaii. She earned a B.M. with Highest Distinction from the Eastman School of Music and an M.M. from Indiana University Jacobs School of Music. At IU, she served as Associate Instructor of Music Theory and was awarded the Georgina Joshi Commission Prize. She holds a D.M.A. from Cornell University, where she studied with Steven Stucky and Kevin Ernste. In 2018, she became the second Postdoctoral Researcher at the University of Chicago’s Center for Contemporary Composition and was recently appointed Honorary Research Fellow at City, University of London for the 2019-2020 academic year.

Commissioned by the Orchestra of Saint Luke's (New York) for their Second Helpings Series 'Notable Women Festival', curated by Joan Tower, in 2007.

Mourning can be both private and public. When we visit a grave or observe the anniversary of a person's death, we generally do so in private. "Yizkor" (which is Hebrew [...]

A couple of years ago, after a difficult time, I started meditating.  As I breathed mantras and sutras day in and day out, one morning I awoke suddenly from a trance [...]

In 3 movements, played without pause. In a sentence, this is a concerto for a cello that forgot it was a cello. I’m not sure that there is a storyline [...]

In 3 movements, played without pause. In a sentence, this is a concerto for a cello that forgot it was a cello. I’m not sure that there is a storyline [...]