The German novelist and poet Johann Wolfgang von Goethe (1749-1832) once said that architecture is “frozen music.” In architecture, a frieze refers to a horizontal band of decorative images found along the top of a wall that are typically a set of variations on a single theme. Written for cellist Bob Jesselson and pianist Charles Fugo on the thirtieth anniversary of the Jesselson/Fugo Duo, “Frieze” (2011)explores musical analogues of mathematical frieze groups, symmetric line patterns on a two-dimensional surface that infinitely repeat in a single direction. These types of patterns are mapped onto the pitch and time domains to create the musical ideas that form the basis of the work. The titles of the seven movements are double entendres, terms with very precise meanings in mathematical music theory that have very different meanings outside of music. For example the second movement, titled “Mosaic,” refers to a design made from small pieces of colored tile or stone in art, whereas in twelve-tone music it refers to a way to partition the aggregate into subsets.
Dr. Reginald Bain 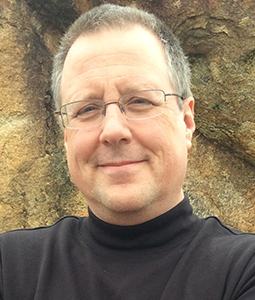 A composer and theorist with a specialty in computer music, Reginald Bain (b. 1963) holds degrees from Northwestern University (D.M. Composition 1991 & M.M. Composition 1986) and the University of Notre Dame (B.S. Mathematics and Computer Science 1985) where he studied composition and computer music with Gary Greenberg, Paul Johnson, M. William Karlins, Gary Kendall and Alan Stout. As a Salter Fellow in composition at the University of Southern California in Los Angeles he studied with Robert Linn, David Raksin and Leonard Stein. He is currently Professor of Composition and Theory at the University of South Carolina where he serves as Theory Area Coordinator and Director of xMUSE. Dr. Bain has composed a wide variety of music that has been performed by leading artists across the U.S. and Europe. He is an accomplished electroacoustic composer whose works employ unique musical sonification techniques, algorithmic approaches and tuning systems. His music is available on the Centaur, Equilibrium, Innova and Red Clay labels. His recent work includes Sounding Number, an album of electronic music that focuses on musical sonifications of mathematical ideas, and the Mutational Music project, the broader impact component of biologist Dr. Jeff Dudycha’s NSF project Mutational variance of the transcriptome and the origins of phenotypic plasticity. Dr. Bain's work in the area of music theory focuses on pedagogical software development for mathematical music theory. He has served as editorial consultant for "An Introduction to Twentieth-Century Music," the final unit of McGraw-Hill’s widely acclaimed undergraduate theory textbook Tonal Harmony by Stefan Kostka and Dorothy Payne. His research has appeared in the Csound Journal, Proceedings of the International Computer Music Conference, and Proceedings of the Bridges: Mathematics, Music, Art, Architecture, Culture International Conference.