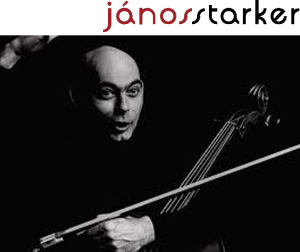 The concepts that Starker instilled upon me indelibly mark  every cellist who studied with him.  These concepts include, but are not limited, to the following underlying rules of string playing. When a player reaches a certain level in utilizing the bow and an understanding of the geography of the fingerboard, countless possibilities become available to perform a passage. The decisions, therefore, are directed by musical considerations, which are subjective, and mechanical issues which are definable.

There are a number of rules that come from the teachings of Janos Starker concerning the left hand, most of them having to do with position changes: avoid unnecessary motions; change at smaller distances; avoid contrary motions in succession; in distant connections use higher fingers to lower fingers or the same finger, so as to allow the rotation of the forearm, and to continue to touch the strings at an identical angle. This aspect has been the foundation of his approach, so as to discern centered intonation and controlled vibrato. The decision to use anticipated or delayed shifts is a musical one. It requires the knowledge of timing, finger choice, and bowing. Each player is different; differences in body, size, and stretching abilities necessitate diverse solutions.

In conversation with Colon, Starker shared further thoughts on his teaching: