Behind the Scenes of a Music Festival (Part 2): The Devil in the Details — by Aron Zelkowicz

Behind the Scenes of a Music Festival (Part 2): The Devil in the Details — by Aron Zelkowicz

According to their blog, Audio-Technica’s acclaimed Artist Elite 5000 Series UHF Wireless System with an AEW-T4100 Cardioid Dynamic Handheld Transmitter was the microphone of choice for Taylor Swift’s “Fearless” concert tour (“It really sounds like her!”).   Of course, all systems use the AEW-R5200 True Diversity Frequency-Agile Dual Receiver.

Thank goodness all we have to do is walk on stage with our cello, find a hole in the floor, and play.  When compared with such high-tech riders, organizing an acoustic recital is low maintenance, right?  Right?!

Sure—although maybe you should have had that dress rehearsal where someone could have spiked the chairs’ locations on the floor with masking tape because once you start the Brahms Piano Quartet you realize you are blocking the violist’s sight-line to the pianist (causing some uneasy entrances), the recording engineer could have found the proper placement for his mics (resulting in a curiously bathroom-y sound for the keyboard), the page turner didn’t have to walk back offstage to fetch herself a chair (causing some anticlimactic sniggering in the audience), the music stands could have been outfitted with stand lights (as the sun sets through the church’s stained glass windows…is that a B double-sharp??),  the piano could have been tuned one more time (honky tonk chamber music, anyone?), that extra page just needs a little more tape (if I lean just a bit more this way I can almost see the key signature!), or the concert has stretched to almost three hours because the performers themselves had to stage manage when they could have been tuning and warming up (this concert would be easier if I hadn’t slammed the piano lid on my finger…).  And amid these distractions, you start wondering why random people are wandering in from the street during that intimate pianissimo section (we don’t really need ushers, do we?), why that guy is taking flash photos during the next hushed moment (and that’s not even my good side!), and why, with these acoustics, you ever decided to play in this particular church to begin with (I swear this sounded better in my cement-walled practice room)? 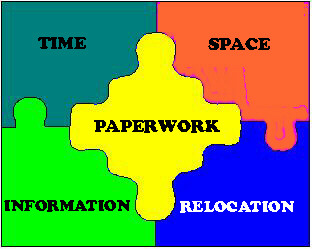 If any of the above purely hypothetical examples sound familiar, then it should be painfully obvious that these sorts of details aren’t frills.  They are absolutely relevant preparations that directly affect the experience not only for you but also for your audience.  In your concert attending, notice the complete impression a venue makes on you from the moment you enter.  Is someone there to greet you and, if so, what are they wearing?  Does the space look like it has been prepared for this event, or cluttered with unrelated fixtures?  Does music seem to be the focus, or a sideshow to the charity raffle tickets, speechifying, and chairperson induction?  Is the program in your hand something you might enjoy holding on to and actually reading, or is it a single sheet from Kinko’s full of typos?  There is no right or wrong way to do a concert, but ask yourself, what works for you, and what doesn’t?

The first concert of the recent 2011 Pittsburgh Jewish Music Festival was a film screening of the 1920 German expressionist silent film, “Der Golem,” accompanied by Israeli composer Betty Olivero’s original score for string quartet and clarinet.  Aside from the usual considerations of venue, production, and presentation that I face with organizing each Festival concert, this program featured a particular technical challenge in the form of a DVD film screening that had to be perfectly synced with the live performance.  Olivero’s score is moody and haunting (in keeping with the look and feel of the film), and demands much of the players.  The last things we needed were technical glitches to distract from this sinewy music about a clay creature brought to life (like Frankenstein’s monster)—all evil must remain on screen and not be brought to bear on the musicians or audience.

Keeping in mind that no detail was too small not to deal with, I met with the technician months in advance to make sure the color-tinted film would look good projected against the back wall, and discussed which projector to use and how to eliminate the laptop’s toolbar and screen saver from the moment the projector turned on.  I was very fortunate to acquire a conductor in Stephen Burns, an expert with contemporary scores and, as luck would have it, one of the few who had done the piece before.  With his help we were able to accommodate the discrepancies in the score with the speed of the film as recorded on the available DVD (which was 24 frames per second instead of the recommended 22 frames).  I made sure to rent enough stands (answer: 10 stands plus a conductors stand, and 12 stand lights—since the parts were so large that they folded out to four large pages at once).  Of course we used the DVD for each rehearsal to get used to the various timings, and made sure we had a technical dress in the hall.

Alas, the moral of the story is that no matter how many details you oversee before performance, there will always be one in your blind spot.  Although we figured out how to seamlessly start the DVD, the score requires that the film be paused between each of the five “chapters”—and for that we couldn’t eliminate the brief intrusion of the toolbar on the big screen.  Ultimately, we are all human, and speaking candidly to your audience to apologize for an unforeseen glitch can go a long way.

About the Author: Aron Zelkowicz

With a career encompassing a broad range of activities as a cellist, performer, teacher, and administrator, Aron Zelkowicz has cultivated a repertoire both classical and ethnic, familiar and obscure.  He recently completed his tenth season as the Founder and Director of the Pittsburgh Jewish Music Festival, which presents rare and diverse works from Jewish musical traditions to Pittsburgh audiences every spring.  The Festival has featured renowned ensembles and guest artists from the orchestral, chamber, early music, rock, and world music genres in innovative and thematic programs.  Under his guidance the Festival has commissioned several works from major composers, received major grants and mainstream critical acclaim, and has been featured in full-length radio and cable television broadcasts.  In 2013 The Pittsburgh Tribune-Review noted Dr. Zelkowicz’s “impressive” directorial debut of a new production of the chamber opera “The Dybbuk” by Ofer Ben-Amots.

As a chamber and orchestral musician, Dr. Zelkowicz has performed at the Tanglewood, Banff, Aspen, Sarasota, Chautauqua, Colorado, and Sunflower music festivals, the New York String Orchestra and Juilliard Quartet Seminars, with members of the Emerson and Cleveland Quartets, and on European and American tours with the Pittsburgh Symphony Orchestra.  He enjoys relating directly to both adults and children with outreach programs and personal introductions to his concerts, as he has done with the Charleston Symphony Orchestra in South Carolina, the Proteus Ensemble, Piccolo Spoleto’s Spotlight chamber music series, as well as his own Pittsburgh Jewish Music Festival.  As a teacher and coach to young string players, he has given master classes at universities and colleges throughout the U.S. and served on the faculties of Point Counterpoint Chamber Music Camp, the Brevard Music Center, and the North Carolina Governor’s School.
A native of Ottawa, Canada, Aron Zelkowicz grew up in Pittsburgh and received degrees from the Eastman School of Music, Indiana University, and SUNY Stony Brook, where his teachers included Anne Martindale Williams, Paul Katz, Steven Doane, Janos Starker, and Colin Carr.