Interview by Tim Janof  János Starker is known throughout the world as a soloist, recording artist, and teacher. Born in Budapest in 1924, Janos Starker came to the United States in 1948, where he subsequently held the principal cellist chair in three American orchestras, including the Chicago Symphony under Fritz Reiner. Starker then resumed his international performing career in 1958. Since then he has performed thousands of concerts with orchestras and in recitals throughout the world. When not touring, János Starker holds the title of Distinguished Professor at Indiana University in Bloomington, where his classes have attracted talented string players from around the world.   TJ: Is there such a thing as a student with no talent for an instrument? JS: I wouldn't say that a person has no talent, [...]

About Thumbs — by Selma Gokcen

You never know what is enough unless you know what is more than enough. —William Blake To anyone engaged in a skill requiring dexterity—surgery, drawing, and of course playing a musical instrument—the use of the thumb is crucial to successful execution. Thumb-finger opposition is one of the primary characteristics which distinguishes primates from other animals, allowing them to manipulate tools; in humans this potential exists at the highest levels, facilitating the development of skills which make extraordinary use of the hand...witness the moto perpetuo.  We also have expressions to describe this relationship when it doesn't work well: "He/she is all thumbs!" To enable this thumb—finger opposition, there is a considerable amount of brain space devoted to the fleshy area of the thumb between the base joint of the thumb (located at [...]

Improve Your Talent: Breathing Awareness and Control — by Gregory Beaver

In "Developing a Technique to Improve Your Talent," I laid out 6 things that I have been using actively in my teaching to improve my students’ talent.  This post will investigate the first of these, Breathing awareness and control. “I am so totes aware of my breathing!” you might be thinking, especially if you are a vocalist or a woodwind/brass player.  However, in my experience, there are very few people who are truly aware of their breath.  Breath awareness is not just about being able to breathe in and out and notice it.  It is the ability to do something very complicated and still notice your breathing.  For those who do not use their breath to create the music, it is about using your breath to provide energy and power when needed, and [...]

Developing a Technique to Improve Your Talent

In the United States, there has been a strong push to reform our general education in recent years, with federal initiatives like No Child Left Behind and Race to the Top capturing headlines as innovative ways to improve the worst-performing schools in our country.  On the other extreme are teachers like me who are working primarily with students one on one in intensive hour-long lessons on a weekly basis to achieve the pinnacle of possibility.  One thing that has always fascinated me is the question of talent: is it innate, or can one learn it?  Many of my teachers have made statements such as “anyone can be taught how to play the cello, but there are some things that are innate and cannot be taught,” “That’s god-given talent” and so on.  I have [...]

A Cellist in Kabul (Part 2) — by Avery Waite

After three months in Kabul I feel ready to write honestly about the challenges of teaching here. The thing is it’s almost impossible to separate everything about Afghanistan from my experience as a music teacher; it’s just such a complicated and bewildering place. And the weirdest thing is that the longer I’m here, the harder it is to write about my life. I suppose the overall experience itself is so consuming that I can’t properly distance myself enough to document it. But I will try my best to cover the challenges that I face on a daily basis. The most daunting challenge is teaching in a difficult foreign language. What I didn’t realize at first is that the language of music pedagogy is tremendously complex. It can be very simple [...]

Marlboro: Then and Now (in the Experience of One Participant) — by Bonnie Hampton

It has been a pleasure to have the opportunity to return to Marlboro as a participant after a period of forty five years. It is that much more meaningful since it is the Sixtieth Anniversary and the evidence of the content of those years is very present. My participation as a young cellist in the sixties was filled with inspiration and challenges. In 1962, I came first for the Casals Master Classes and then returned from 1963 until 1966 as a full participant. Those years gave us Casals’ Magic with music. That heightened exaltation in his musical involvement which carried over into everything we did. Serkin’s giving of 200% in everything he did and willing us to stretch our own boundaries. Felix Galimir’s insisting on our getting inside the understanding [...]

As a young cellist, I gratefully accepted my teachers' generous offers of bowings, fingerings and phrasing suggestions to many  pieces I studied. These suggestions were well tested in numerous performances, were given thoughtful evaluation that took into account the personal convictions of many great musicians. At that time, I was not particularly in the habit of questioning and reasoning for myself. In a sense,  other than what I HAD to contribute, I trusted that all this work would and should settle into a successful interpretation. Since becoming the cellist of a professional string quartet (the Borromeo String Quartet), my attitude HAD to change completely. Now, it was not possible to participate in making music without evaluating ALL that was in the score. The pieces in the repertoire of the string [...] 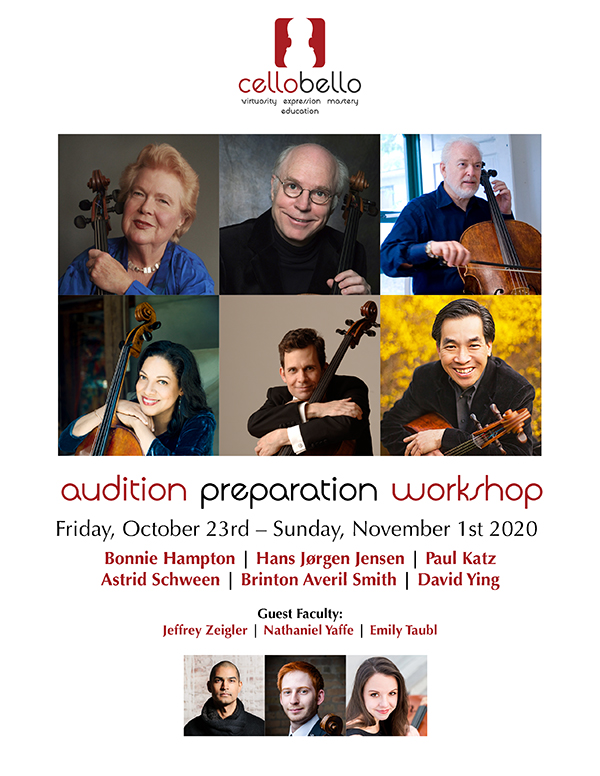