Hare Krishna, KickStarter and Fundraising in the 21st Century — by Jeffrey Zeigler

Hare Krishna, KickStarter and Fundraising in the 21st Century — by Jeffrey Zeigler

Last November, I was driving in my car listening to NPR. I became fascinated by a story by Alix Spiegel regarding the Rule of Reciprocation.

Citing the work of Robert Cialdini, an emeritus psychologist at Arizona State University, Spiegel writes that, in a nutshell, the rule of reciprocation is:

“If someone passes you in the hall and says hello, you feel compelled to return their greeting. When you don’t, you notice it. It makes you uncomfortable, out of balance. That’s the rule of reciprocation.”

Spiegel goes on to write:

“Cialdini noticed a similar phenomenon when he studied Hare Krishnas. In airports, they would…give…people passing by what they described as a gift: a flower, a book, a magazine. Then, after the person had the gift in…hand, they would ask for a small donation. ‘You would see many of them with frowns on their faces reach into a pocket or a purse, come up with a dollar or two, and then walk away angry at what had just occurred,’ recalls Cialdini….the Hare Krishna religion raised millions of dollars this way.”

I immediately realized that this concept had a direct application to fundraising especially in the age of the social network. Reciprocation, incentive and personal connection. When presented with the right incentives, people will give, even if they are reluctant. We are socially hardwired to do so. It’s human nature. 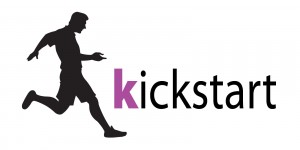 Kickstarter is an online funding platform for creative projects. When you use Kickstarter you set a financial goal within a defined timeframe. You then reach out to as many supporters as you can to help fund your project. Donations can be as little as $1.

Kickstarter is laden with incentives. Generally, the incentives come in the form of perks. The perks could be a signed CD, backstage passes or a private performance. People like the perks because they feel more inside the world of the artist and it makes them feel a part of the process. The artist likes the perk because it brings them closer to their fans.

Recently, my wife shared with me a video of Amanda Palmer who recently did a TED talk. She is one of the Kickstarter success stories because she shattered her goal and raised a million dollars.

In her talk she describes her approach for her Kickstarter campaign and how it essentially was no different than her first job as a street performer. She was an Eight Foot Bride and she would stand still. When people would give her money she would make eye contact with them and give them a flower. Reciprocation, incentive and personal connection.

I too am currently involved in a Kickstarter campaign. The campaign’s goal is to help support the creation of a new record label. In addition to my first solo album, the label will release a Double Violin Requiem by Chicago Symphony Composer-In-Residence Anna Clyne and the opera Oceanic Verses by Paola Prestini. Although our goal is quite a bit less than a million dollars, the principals of reciprocation, incentive and personal connection remain the same.

But don’t be fooled, there is no shortcut. Kickstarter is a lot of work! You have to constantly solicit your fans and do it in a way that doesn’t turn them off. You also have to keep your supporters in the loop with your work by writing regular newsletters and updates. In previous generations it was more about the mystique of the artist. Now it’s more about transparency. Connectivity. Proximity.

Also, there is an inherent risk involved with using Kickstarter. It’s all or nothing. In other words, if you don’t reach your goal, you do not receive any of the funding.

As of this writing, we have 10 days to go with our campaign and we are 76% funded. It still remains to be seen if we can hit our goal. That being said, I feel that our chances are pretty good. But no matter what, the great thing about fundraising in the 21st century is that the process forces all of us to focus our message and goals as artists and entrepreneurs.

About the Author: Jeffrey Zeigler

Described by the New York Times as “excellent”, and a player who performs “with unforced simplicity and beauty of tone”, Jeffrey Zeigler was the cellist of the internationally renowned Kronos Quartet for eight seasons. One of the most celebrated and influential ensembles of our time, Zeigler has performed over a thousand concerts worldwide, has premiered over 200 works and has collaborated with many of the world’s most versatile and innovative composers and performers. In the process, Zeigler has played an integral role in redrawing the boundaries of the string quartet medium.

Zeigler has been the recipient of the Avery Fischer Prize, the Polar Music Prize, the President’s Merit Award from the National Academy of Recorded Arts and the Chamber Music America Richard J. Bogomolny National Service Award among others.

The 2013/2014 Season will see the launch of a number of new projects and collaborations. Highlights include a duo with Laurie Anderson and a trio with the experimental pianist Hauschka and the Finnish rhythm master Samuli Kosminen. Both of these collaborations premier at the River to River Festival in New York City. Zeigler will also be giving the world premier of a new Cello Concerto by Canadian composer Scott Good with the Vancouver based jazz band, The Hard Rubber Orchestra. Additionally, Zeigler will be premiering a number of newly commissioned works by Kyle Bartlett, Nimrod Borenstein, Anna Clyne, Bryce Dessner (of The National), Mohammed Fairouz, Jesse Jones, Glenn Kotche (of Wilco), Richard Reed Perry (of Arcade Fire), Paola Prestini and John Zorn.

Over the course of his celebrated career, Mr. Zeigler has released over a dozen recordings for Nonesuch Records, Deutsche Grammophon and Smithsonian Folkways and has appeared with Norah Jones on her album “Not Too Late” on Blue Note Records. Zeigler can also be heard on the film soundtrack for Darren Aronofsky’s film, “The Fountain” featuring music by Clint Mansell and including performances by the Scottish band, Mogwai.

Jeffrey Zeigler holds a Bachelor of Music degree from the Eastman School of Music at the University of Rochester where he was a student of Stephen Doane, and a Master of Music degree from the Shepherd School of Music at Rice University where he served as the Teaching Assistant for Paul Katz. He then continued his studies at Indiana University under Janos Starker. Mr. Zeigler has also studied at the Britten-Pears School in Aldeburgh, England where he was a pupil of William Pleeth and Zara Nelsova. He is also the recipient of an Honorary Doctorate of Fine Arts degree from the Cornish College of the Arts.

Zeigler served as the Cellist-in-Residence at Texas Christian University and as a Visting Lecturer at Indiana University at Bloomington. Recently, Zeigler was appointed to the Cello Faculty at Mannes College The New School For Music. This season, he will also be a Distinguished Visiting Professor at the University of Oregon.