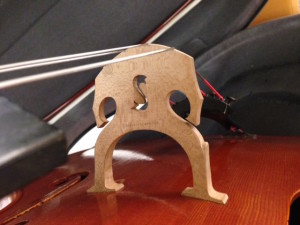 János Starker’s incomparable achievements as a performer and recording artist are well-documented. However, when I first appeared at his door as a new graduate student, my awareness of him mostly stemmed from hearing others speak about him, and from only one of his recordings: that of Zoltan Kodaly’s Sonata, Op. 8. I had developed a mental image of Mr. Starker as an austere, intimidating presence.

Paul Katz, with whom I had been studying at Eastman, enjoyed a longstanding friendship with Mr. Starker, and in those years Paul would often send a graduating senior to Bloomington for further education.

It didn’t take me long to understand the significance of being a member of Mr. Starker’s class. Lessons were open to all of his students, and after adjusting to the added vulnerability of having lessons in full view of my peers, I came to appreciate the sense of community it fostered. More than that, his open-door policy offered an invaluable opportunity: to observe Mr. Starker teaching others. I cleared any afternoon I could and camped out in a chair against the studio wall opposite the prominently-positioned, framed image of David Popper.

The man I came to know firsthand was neither cold nor cruel (words used by others), but soft-spoken and warm with a decidedly wry sense of humor. Mr. Starker clearly viewed teaching as his most significant activity, and always had. We students had the sense that he would have done almost anything for us. His succinct summations of our in-lesson performances, usually spoken with a puff of cigarette smoke, were profoundly insightful, painfully accurate, and often priceless. Some of his one-liners had rightfully become legendary at IU.

Nobody ever told me to avoid taking the same repertoire into a lesson more than once, but the expectation that we students would learn music quickly was implicit in the studio atmosphere. Mr. Starker liked efficiency, and naturally that applied to our practice and learning. While he wasn’t opposed to hearing the same repertoire, it certainly interested him more whether we could apply the principles under discussion in a given lesson to the next piece. Afraid of disappointing him or wasting our time together by retreading on familiar ground, I tried to keep pace.

Eventually, I brought some repertoire I had studied as an undergraduate to Mr. Starker. One such work was Britten’s First Suite. Without announcing the piece, I dove in and played the first few movements. To my surprise, Mr. Starker asked me what it was, commenting he didn’t recognize it. Because of a complex relationship with Rostropovich which I never fully understood, Mr. Starker hadn’t gone out of his way to champion many of the works closely associated with the great Russian master.

Besides Mr. Starker’s high-powered perception, thoughtful verbal descriptions, and other pedagogical interactions with his students, every lesson included at least some of his playing, breathtaking in its finesse and fluidity. He believed that the ability to demonstrate at a high level is of immense value to an effective teacher. I wish every developing musician could be so fortunate to sit a few feet from teachers whose demonstrations so clearly distill and illustrate their stated values and goals.

What are those values? While the breadth and completeness of Mr. Starker’s teaching isn’t easily condensed, there are concepts he returned to frequently. They cannot fail to affect anyone who chooses to examine their implications closely:

Mr. Starker has stated that his interest in teaching a particular student did not depend exclusively (or even primarily) on how he or she played. He wanted students he felt he could help, and people who were ready and able to receive and understand the information he had to pass on. Nobody has a monopoly on good information, but passing on the best of what we have learned from our teachers and discovered for ourselves is one of our most important responsibilities as instrumentalists.

Go to cellobello.org/chat at 8:30 PM this evening, April 22, and join Brant Taylor in conversation.